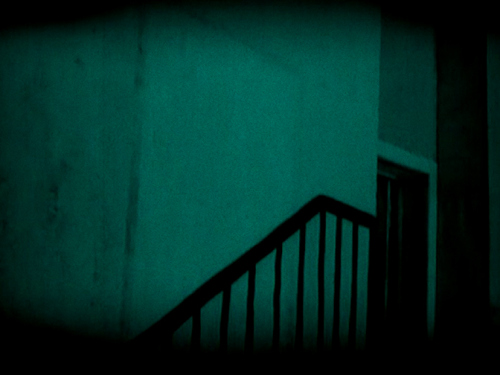 Josh Azzarella is screening his Untitled #160 (Balcome) at the Moving Image Art Fair 2013 London edition this month. Read what I recently wrote about the piece below and, if you’re in London, be sure to not miss it.

…Appropriately, this exhibition coincides with the presentation of a new video work by Josh Azzarella, Untitled #160 (Balcombe), in which he has reconstructed F.W. Murnau’s seminal silent film Nosferatu (1922) by eliminating all (un)human figures. Architecture looms more prominently than before, doors mysteriously function on their own, the gloomy atmosphere spreads more ominously, blank spaces replace title cards. Here, through this mining of culture and our collective reference to it, Azzarella establishes a precise example of what a rendering of a “world without us” or an empty distance can look like. Our relation to the memory of what was there (Meena and Jonathan Harker, Renfield, the Vampire) is entirely dependent upon a successful reading of the new and very different environment. It’s a reconfiguration of a continuously self-reflexive undying narrative of the vampire, specifically the transformative character of Dracula, repeated and recycled and transformed in its literary and cinematic forms. Untitled #160 (Balcombe) constructs a new language of absence through its ghostly presence. Through that we are able to position ourselves in a very strange, yet familiar, landscape; one that does not include us.

From literature to the theater to the screen. Narrative and meaning shifts with medium changes as films like Frankenstein and Dracula often differ greatly from their book predecessor.

“On candy-striped legs, the spiderman comes…” 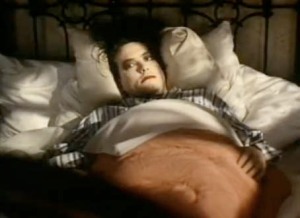 Because I’m always thinking about “why horror?” for a generation of artists, filmmakers, and cultural production, I often ask myself, why horror? I mean, how did I get into this mess in the first place? While there are many layers in answering that question, amongst them being the magical lure many of these films have, actually pinpointing my obsession with horror aesthetics and narratives has come down to this…The Cure’s video for Lullaby.

Twenty-two years after its release, The Cure’s Disintegration (released May 1989) is not only one of the best albums of the late 20th century but also a formative influence in my life. I vividly remember watching The Cure’s music videos, ranging from the earlier and silly Love Cats to the love lorn Love Song to the powerful Fascination Street featured on Disintegration, on MTV with such intensity. Their goth allure appealed greatly (and still does) to my inner depressive and most likely also cemented my enduring love for England and black eyeliner. After recently re-watching The Cure’s Lullaby video, directed by Tim Pope, a flood of memories rushed back and I realized that even before my first horror film scared the pants off me (Halloween 5),  Lullaby was where it all began. 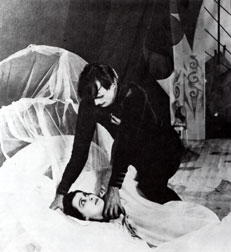 Of course now I recognize the filmic references within the video that escaped me at the time. Now I can’t look at it without thinking of German Expressionists Robert Wiene’s The Cabinet of Dr. Caligari (1920) and F.W. Murnau’s Nosferatu (1922) or even many years later Werner Herzog’s stunning Nosferatu the Vampyre (1979). The dark-rimmed eyes, creeping human-like figure, foreboding death, being repeatedly consumed, and the fear of sleep are all at play with these films and culminate, with all its British goth pop glory, into Lullaby. 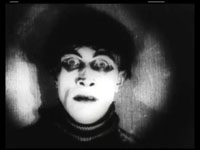 On candystripe legs the spiderman comes / Softly through the shadow of the evening sun/ Stealing past the windows of the blissfully dead / Looking for the victim shivering in bed / Searching out fear in the gathering gloom and / Suddenly! / A movement in the corner of the room! 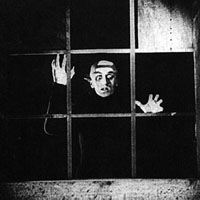 And there is nothing I can do / When I realise with fright / That the spiderman is having me for dinner tonight!