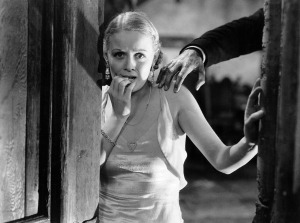 The Birmingham art space TROVE has put out a call for short film works based on the catalogue of legendary filmmaker James Whale. Side note: my favorite Whale film is The Old Dark House from 1932 (see image – that’s Karloff’s hand!). See the call below and also see a previous post on The Girl Who Knew Too Much about Spanish experimental filmmaker Ivan Zulueta’s seminal time-based work Frank Stein (1972).

TROVE call out for shorts film

TROVE is an independent art space in Birmingham, UK. They run a monthly changing programme of contemporary art.

This August (5th-7th August 2011) TROVE will be holding a mini film/performance festival based on the works of James Whale. A film Director born in the Black Country (Dudley, West Midlands) who moved to Hollywood, USA, and made several of the worlds most famous horror films, including Frankenstein (1931), The Bride of Frankenstein (1935) and The Invisible Man (1933).

TROVE are inviting you to submit either proposals for or examples of finished short film pieces that fit the themes James Whale explored in his film back catalogue.

Please send DVDs, CV and a short personal statement by July 15th 2011 to

Thanks Darren for the heads up!